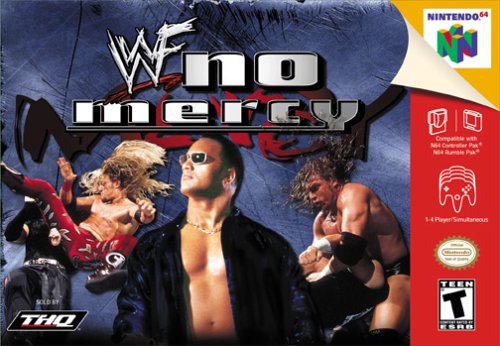 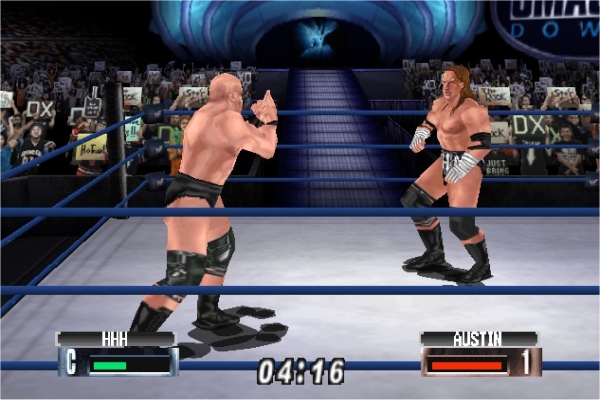 So here we are; my very first post on a game based on men (and women) dressed in tights and spandex, pretending to fight each other, in front of a crowd that pretends it’s real.

Now if you’re reading that and thinking I’m not a wrestling fan, then you’d be wrong. I’m actually a huge wrestling fan (some would even call me a smark) and have fond memories of the ‘sport’ (or rather entertainment) in the mid 90s and early 00s. In particular, I loved the Attitude Era of the WWF (now known as WWE, after getting sued by pandas). And that’s where this game comes in…

You see, during the mid 90s and early 00s, wrestling started to branch out and widen its appeal. Gone were the days of animated, unrealistic ‘superhero’ type characters and cheesy soap opera-esque storylines aimed at kids. Instead, wrestling got gritty and started to culturally transcend the usual wrestling crowd, reaching, well everyone. So when wrestling (whether it was WCW Nitro or WWF Raw is War) started to become the biggest thing on television, the games started to go through a revolution of their own, becoming more realistic, more fun and more addictive. At the height of wrestling games’ renaissance, was the peak of the Aki series, WWF No Mercy.

Now if you aren’t familiar with the Aki wresting games on the N64, they essentially revolutionised the wrestling genre of games with the innovative grappling mechanism they introduced with their early WCW games (Acclaim, for example, were still using cumbersome button combos like up, up, left, down, X  – ala Mortal Kombat – to pull off moves). Basically wrestlers start off the match with full health. In order to pull off a move, you press the grapple button to initiate a ‘weak grapple’ and then press either B + a direction or A + a direction. In total there are 8 moves in this state. Once your opponent becomes fatigued and damaged enough, then you will be able to pull off what are called ‘strong grapples’ by holding down the grapple button for a second or so. This then offers you 8 strong grapple moves. What this means is, matches play in a very methodical manner, much like you see in real life wrestling matches. It’s a simple system and is even being copied today by many wrestling games, but has never been bettered.

What made WWF No Mercy so damn good and the reason why it is held on such a pedestal today is the gameplay. Essentially, it has actually yet to be beaten by any mainstream wrestling game that has been released since. Many of today’s wrestling games lack depth, fun and polish. Instead, unfortunately, they have become an annual franchise, with yearly updates. When you add in the fact that there’s actually no competition, then this leads to complacently in regards to WWE’s video game output (actually, the same applies to their current television product, but that’s a different topic).

WWF No Mercy represents simpler times. There are no Universe Modes, no 100 different match types, no 40,000 customisation options, but what it does offer, has far more substance. There are all the basic match types you need (1v1, tag team, cage, ladder, hardcore and many more), plenty of multiplayer options and then it offers the customisation options that will keep you playing (create-a-wrestler and edit an existing wrestler). There are two single player modes to play through as well.

Championship Mode is the main one people enjoy, which allows you to pick a championship of your choice and then go through a story mode, with branching storylines based on real stories from the year 1999 and 2000 in WWF. This offers the most replay value as it will take years just to see all the different paths. The other single player mode on offer, is the Survival Mode. This is essentially a endless Royal Rumble match (although I think pins and submissions are allowed too) that pits you against the entire roster. The interesting thing about this mode is, wrestlers you haven’t unlocked yet (which can be unlocked either by playing through the Championship Mode or by purchasing them with in-game currency) will appear in this mode and if you eliminate them, you will unlock them (thus giving you another method to unlock hidden wrestlers).

Overall, the gameplay makes it one of the best wrestling games of all time. Whether you like wrestling or not, it really doesn’t matter. There is still tonnes of fun to be had regardless of whether you’re part of the scene or just think it’s all a bit silly. If you are a fan though, the roster is absolutely phenomenal, featuring some legendary main eventers (The Undertaker, Stone Cold, The Rock, all of Mick Foley’s personas), as well as awesome mid-carders and although the game has aged in regards to its limited match options etc, you will find the gameplay is so strong and varied anyways, it really doesn’t matter.