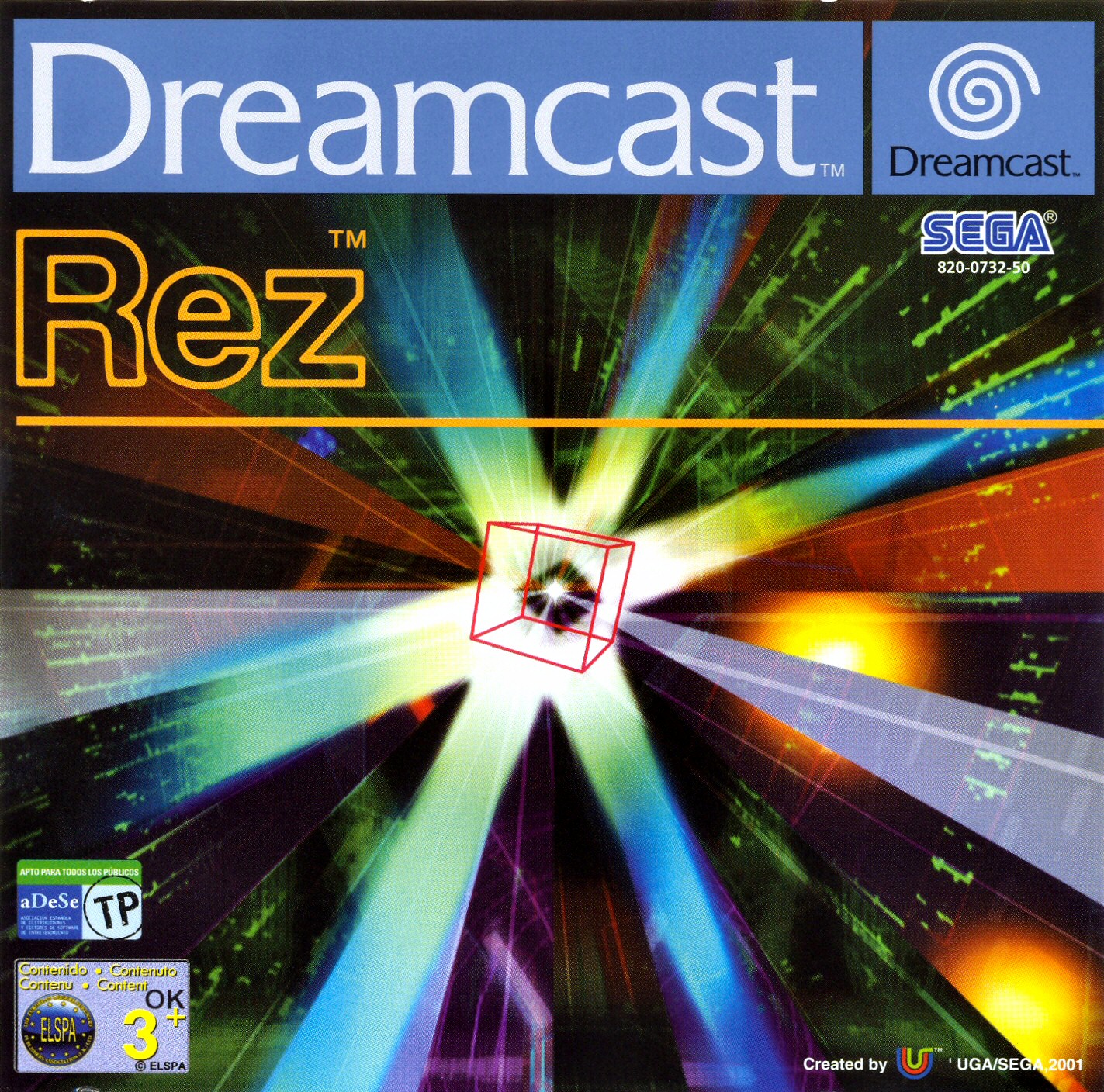 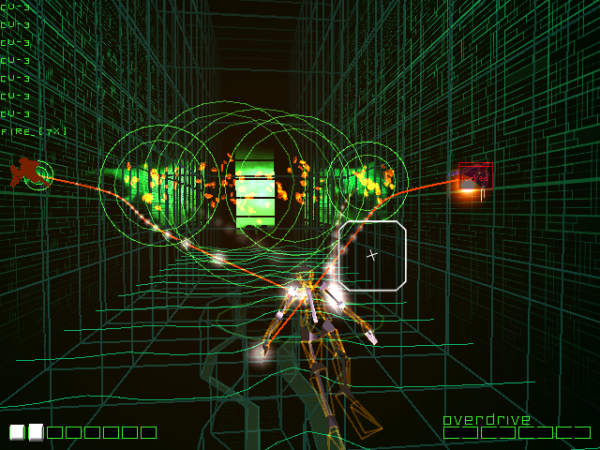 Rez is one of those late Dreamcast releases that was in a weird place in the console’s life, when Sega had kind of laid the console to rest, but not just that, had abandoned the console manufacturing business and had made the decision to focus on being a third party software developer. What this meant was, games like Rez were released both on the Dreamcast and what was Sega’s rival console, the PS2. Hell, in North America, the only version you could get was the PS2 version. What a weird time it was, huh?

I love Rez though. Rez is fucking awesome. The game is just crazy. God damn, I miss the old school Sega. You know, the Sega that could just shit out innovative gem after gem and make it look effortless?

So what is Rez? Well, featuring a stylish art style and gorgeous graphics, Rez is a trippy on-rails shooter that plays like a mix of Panzer Dragoon and, well, some bizarre LSD inspired trip, with weird techno music as a backdrop. Now do you understand why the game is so incredible?

Your aim, in the game, is to ‘hack’ your way through a system (or something…), by attacking enemies with the use of the A button. You can lock onto multiple enemies and as you shoot, it adds beats to the music, within a weird blend. In other words, the actions you do on screen contribute to the sounds in the music. As you progress through the game, not only are more layers added to the music, but also the visuals.

Other than the spiritual sequel, Child of Eden (well worth a play too) on the PS3 and Xbox 360, I have never seen or played a game quite like Rez. You owe it to yourself as a gamer to pick up this fun and funky title.