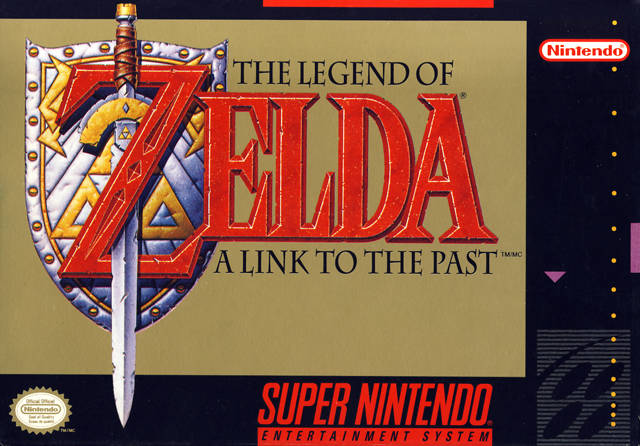 Yesterday marked the 30th anniversary of the Legend of Zelda series, so why not look back at the best 2D entry in the series? Yeah, I could look at the original, but honestly, I have no nostalgia towards the original. I’m too damn young to really remember it and although I have played it, I’m honestly far more fond of the later games.

After the first two games on the NES, Zelda 1 kicking off the franchise, Zelda 2 erm, messing with the formula far too much, Zelda 3 (A Link to the Past) was the game that not only returned Zelda to its roots (Zelda 2 proved unpopular with fans), but also, in many ways, established the perfect, quintessential Zelda formula that we know and love to this day. This is the last true overhead, 2D Zelda game (with exception of the hand-held games), before Nintendo started experimenting with 3D Zelda instead. Sure, many consider Ocarina of Time the greatest Zelda game of all time, but there’s also a large sector of the fanbase that, in contrast, considers A Link to the Past the best Zelda game and longs for a return to the series 2D roots (well, they did that and then some with A Link Between Worlds on the 3DS, so there you go).

The thing with A Link to the Past, is it’s such a perfect game, such a perfect Zelda game, that it’s really tough to articulate everything that makes it so brilliant. What is important to understand is, this was the first Zelda game that truly delivered what I would consider a classic, epic Zelda-style adventure. It established the classic structure we now expect from a Zelda game, but it was new at the time. A Link to the Past perfectly balances out the story progression with the overworld exploration, as you travel throughout the now legendary Hyrule, acquire key items throughout your quest, allowing you to open up more of the world for exploration, and delve deep into the amazing dungeon designs, full of great puzzles.

What really makes A Link To The Past really stand out from a lot of the 3D titles, is the overworld feels well and truly alive. Exploring Hyrule is a really amazing experience. Ocarina of Time and many of the other 3D Zelda games feel relatively barren and bland in comparison, with the overworld becoming more of a means of getting from point A to point B.

A Link to the Past is still revered today as a classic, and rightly so. It is one of, if not the best game to come out in the 16-bit era. It really is a testament to Nintendo that even today, A Link to the Past still feels every bit as fresh and well designed as it did when it was released. This is without a shadow of a doubt, one of the most engrossing and fantastic games to have ever been released, ever.