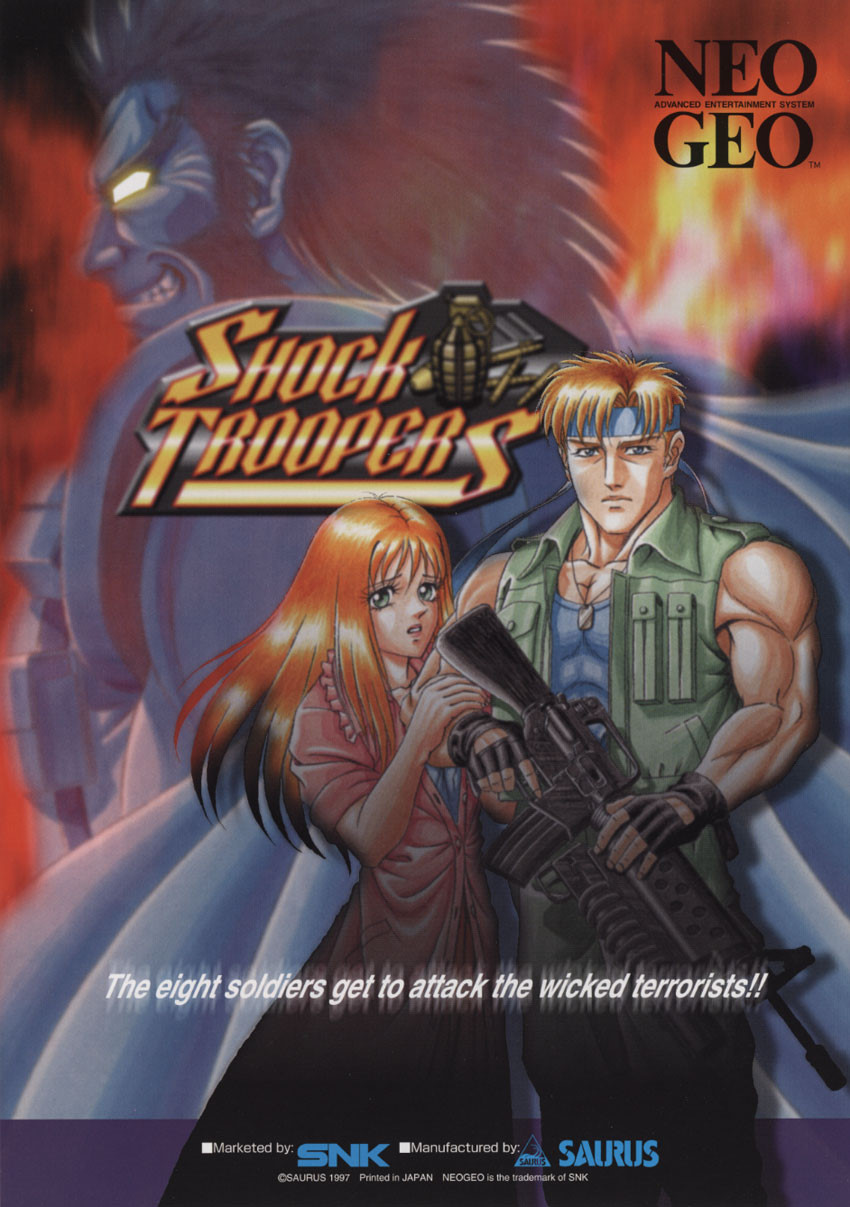 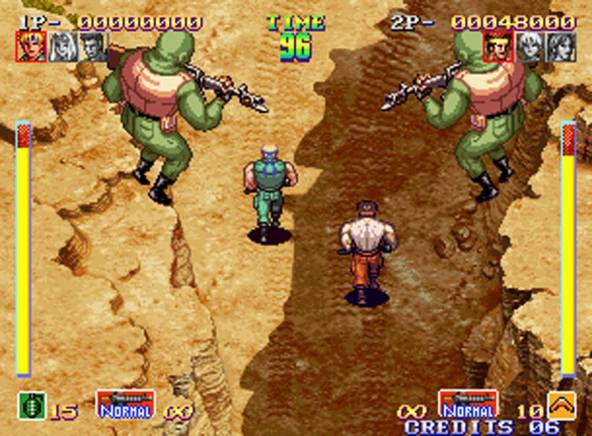 Straight from the year 1997, back when the world was a simpler place, we had a simpler game; one that happens to be one of the best top-down, run-n’-gun games of all time, providing insane amounts of fun at the Arcade.

The game never received a home release though. Why? It’s fucking awesome and it’s a great shame that people like me didn’t experience the game until much later in life. I mean, hell, I discovered and experienced the game for the first time on the Sega Dreamcast, via a Neo Geo emulator of all things. Nowadays though, it’s a lot easier, as Shock Troopers is available on the PS3, PSP and PSVita (as well as the Wii), via PSN, so there’s no excuse for not experiencing Shock Troopers.

Everyone has heard of Metal Slug, but why is it that no one ever talks about Shock Troopers? This is one of the best shooters I’ve played by Neo Geo.

You move your character around using the d-pad (or whatever control method you have on whatever console you happen to be playing the game on) and shoot in the direction that your moving in, but you can also hold down a button to strafe. You also have buttons to use a range of weapons, bombs and your evasion method (rolling out of the way). You’ll face a ton of enemies and experience bullets firing in all directions and the game can quickly descend into chaos… fun chaos.

Fight either as a ‘lonely wolf’ or as a team of “shock troopers” (in which you can switch between a team of three guys on the fly) and kill everything on sight. Shoot first and ask questions later. The game can be played in single player, but is often the case with these kind of games, it’s more fun if you bring a friend with you for the ride.

With different routes to take as you progress through the game, in addition to the insane amounts of fun on offer, as well as the choice of different characters with different special weapons, Shock Troopers has plenty of replay value and is a hell of a lot of fun. It can be had cheaply on PSN, so there’s really no excuse for not picking up this gem.