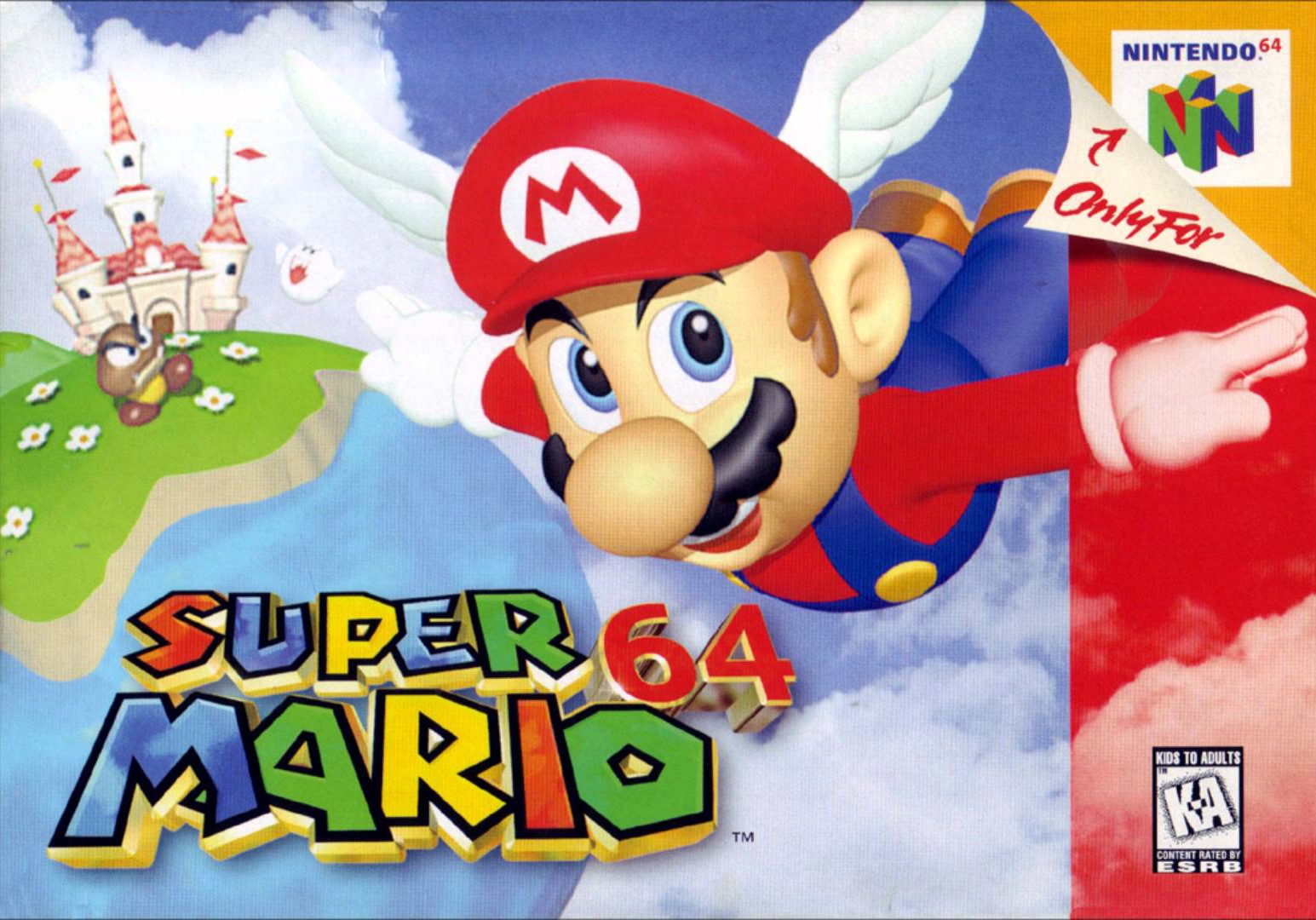 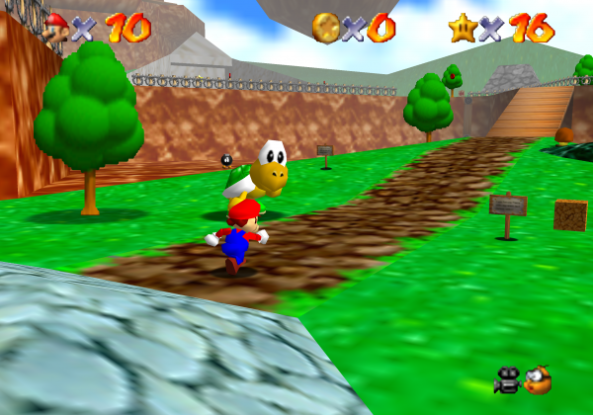 Super Mario 64 is such a legendary title; a game that came to define what 3D gaming could and should aim to be. This was the game that showed people exactly how 3D gaming could play on a console and not control like a shit skidding down the toilet bowl. I don’t know if I could ever put into words and articulate successfully what makes this such a magical and brilliant game, so instead, I will start by simply reliving my memories of Super Mario 64 from my childhood.

So back to 1996 and early 1997. To my knowledge, there were two main competing hardware on the console market, vigilantly fighting each other: The Sega Saturn and the Sony Playstation. As someone who grew up in the height of the classic Sega vs Nintendo wars of the early 1990s, I was confused. I pondered to myself “where is Nintendo?” Sure enough though, I started hearing more and more of a new Nintendo console, one that would be more powerful than the Saturn and Playstation, a console they were referring to as the Ultra 64, and eventually, the Nintendo 64 (or N64 for short).

As hype surrounding Nintendo’s new console heightened, my own excitement was also reaching boiling point. I started seeing screenshots and images of incoming N64 games and the graphics looked amazing. There was one game though, one clear defining point when I saw not just a new N64 game, but also the very first 3D console game that truly looked exceptional. Sonic was nowhere to be seen, with exception of the mediocre/borderline bad Sonic 3D Blast and other console 3D titles had really failed to wow me. Mario 64 was different though. The graphics were bright and vibrant and control looked so fluid and precise. In retrospect, although slightly odd and dodgy by today’s standards, the N64’s controller and introduction of an analogue stick, was a genius idea. It made Mario 64 the very first 3D platformer that actually worked. It was truly a thing of beauty. I don’t think I’m alone in saying that after Super Mario 64, I never looked at another 3D game in the same way ever again.

So looking past the ‘wow’ factor, what is the gameplay like? Well, it’s simple by today’s standards and yet, it is the game that really set the standards. Its light on plot (and if you’ve played Mario Sunshine, you know this is a good thing), Bowser has kidnapped Princess Peach, you need to rescue her and that’s about it. You have the run of her castle (not a euphemism…) to explore and you need to collect stars, by jumping  through paintings and discover different worlds.

Super Mario 64 is a game that is full of stand out moments that gamers still remember 20 years later. Like who can forget their first time playing Bob-Omb Battlefield, exploring the new three-dimensional world and climbing the mountain to find the first boss? Or gliding down the icy slide, whizzing from left to right as you partake in the big penguin race? Those are moments that have stayed with many of us for years and years.

So, how to summarise? Well, in many ways, Super Mario 64 was the N64’s very first flagship title that showcased the brilliance of the N64’s hardware. It told consumers that 3D titles were not awkward and clunky on consoles, because “that’s just how they are”. It told consumers, “this is how a 3D console game should play”. Super Mario 64 came out and obliterated every 3D platformer that preceded it (and many that came after it) in just about every way imaginable. Whilst Sega and many other developers struggled to adapt their games successfully into the 3D, Nintendo demonstrated why they are one of the greatest game developers in the world, by adapting their franchises into the third dimension in such a finesse and perfect way. Super Mario 64 is one of the best games of all time.