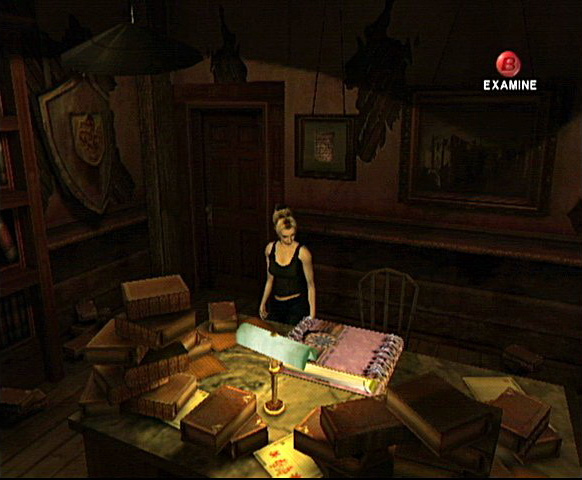 Eternal Darkness is a bit of an odd one. I remember the pre-release hype fairly well, or rather, lack of hype. It seemed much of the gaming media had disregarded it as yet another Resident Evil clone. The funny thing is, it was released to critical acclaim and since then, it has gained somewhat of a cult following. So let’s look at how Eternal Darkness became the cult title it is today.

What is Eternal Darkness? Is it a Resident Evil clone? Is it a Survival Horror game? The answer is… yes and no. I mean, you do explore a large mansion and solve puzzles. There are monsters. And it is a Horror game, with Survival Horror moments. But that’s where the similarities kinda end. Eternal Darkness, instead, offered some unique gameplay back in 2002. Instead of playing as just one character, you play as 12 different characters. Instead of playing a game in a short timeframe, you’ll play a storyline set across 2000 years. In addition to traditional melee weapons and guns, you also command magic (or magick, as it’s called in the game). The voice acting is brilliant, as opposed to being, well shit. Eternal Darkness also did away with the archaic ‘tank’ controls, featured fully 3D environments and although it wasn’t quite as pretty as the pre-rendered Resident Evil REmake, it did make use of some awesome lighting effects.

The most unique aspect of Eternal Darkness though, is the psychological Sanity effects, which even became patented. Basically, your character has a Sanity bar. Each time you see a monster, it is depleted by a small amount. The lower it gets, the weirder the game gets, as your character starts to lose their mind. Blood might start to drip from the ceiling, you might hear babies crying and you might start to hallucinate. Trust me, you won’t want me to spoil them, so for those who have never played, I won’t go into too much details… Just don’t believe everything you see.

In terms of the story and gameplay, it’s a little complicated to explain. Basically, you begin the game as the main character, Alex Roivas. Alex is informed by the police that her grandfather has been killed and she is asked to visit her grandfather’s secluded mansion in Rhode Island in order to identify the body. Once she arrives, she is shown the decapitated, mutilated corpse of her grandfather, who she needs to identify as “there is no head” in order to trace the dental records. With the police being completely clueless, she makes the brave decision to try to solve the murder herself. Alex then explores the Roivas mansion in search of clues. After solving a few puzzles, Alex finds the mysterious book, the Tome of Eternal Darkness. From there, reading chapters from the disturbing book sends the player back through time, to play as one of the 12 characters connected to the evil book. The plot deepens, with gameplay switching between Alex and one of the other characters. Basically, the game is split into chapters, each played as a different character, and the mansion, played as Alex, acts almost like a ‘hub world’. Each time you complete a chapter, Alex unlocks a new item or magick spell and you must explore more of the mansion and solve puzzles in order to find a new page that will then unlock the next chapter. Makes sense? I’m trying my best to explain it.

Gameplay-wise, you’ll be solving puzzles, killing monsters (which is straightforward, thanks to simple limb targeting), learning new magick spells, looking for clues and playing as 12 different characters. To see the true end to the game, you also need to complete it three times (near the start of the game, you have the choice to pick one out of three artifacts), through 3 slightly different scenarios, which adds a bit of replay value.

14 years after its release, there still aren’t really any other games truly like Silicon Knights’ fantastic Eternal Darkness. It’s never been ported and the spiritual sequel has been stuck in development hell for years (it’ll never come out – mark my words), so there’s really only one way to enjoy this game (besides emulation) and that’s on the GameCube.