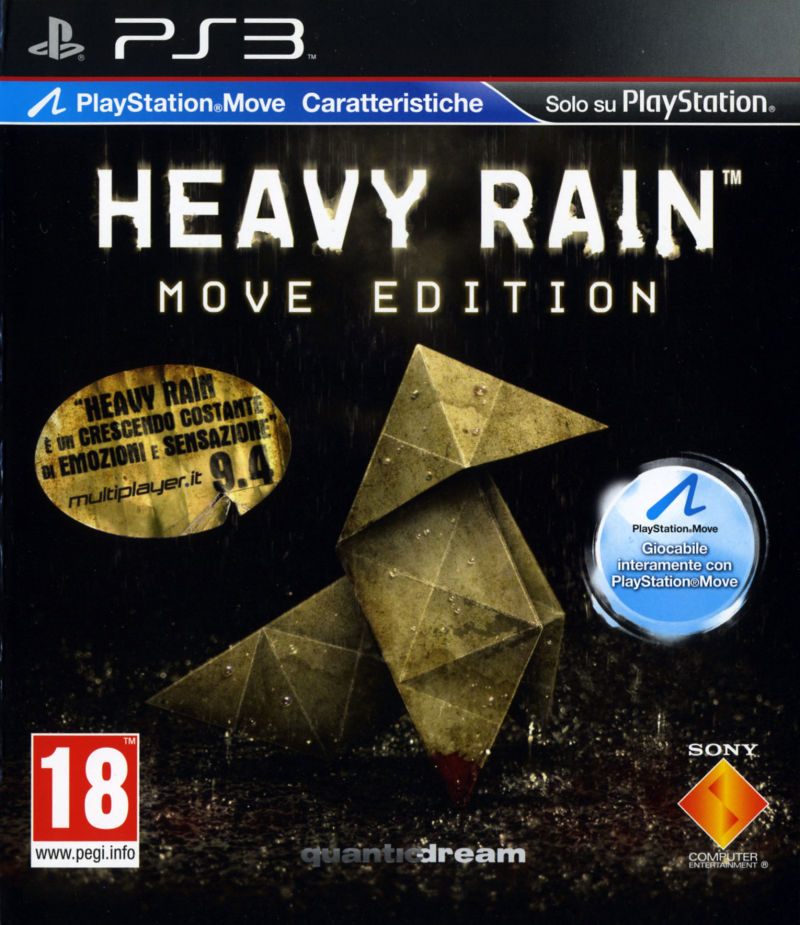 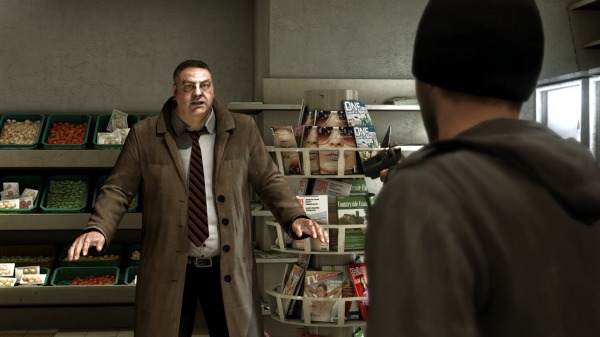 It’s been six years since Quantic Dream released their now infamous Heavy Rain. Despite the strong initial response, the game has been both lauded and loathed by different audiences, for pushing video games in an interactive movie direction. Heavy Rain was praised for providing a strong narrative, despite a few flaws in dialogue, and giving players choices and consequences for their actions, but critics of the the genre complained gameplay was minimal and boring. Personally, although I found Quantic Dream’s successor, Beyond: Two Souls, a step too far, I absolutely loved Heavy Rain and do love the genre of Action Adventure games it spawned, e.g. Telltale’s Walking Dead and The Wolf Among Us etc., Life is Strange and the recent Until Dawn.

Heavy Rain is an interesting game, regardless of whether it’s your ‘cup of tea’ or not. The story revolves around the mystery of the ‘Origami Killer’, a serial killer responsible for the kidnapping and murder of multiple children in the game. So the story is most definitely dark and something I found compelling whilst playing the game. You play as a variety of characters, 4 to be exact, all with their own stories that play into the overall arching plot. The character include: Private detective, Scott Shelby, hired by families who are victims of the Origami Killer, to investigate and find the murderer; Ethan Mars, the father of the latest child to disappear at the hands of the killer; Norman Jayden; a police officer investigating the murders and finally, Madison Paige, a journalist who is investigating and writing reports on the killer.

All of the characters are interesting and compelling to follow. What I like is that they all have their own weaknesses to overcome. Scott Shelby is asthmatic, for example. Ethan suffers from agoraphobia and, I guess, post-traumatic stress disorder/anxiety from the guilt and responsibility he feels from the death of his first son (died after Ethan lost him in a busy shopping mall,  after walking in front of a car outside). Norman Jayden suffers from drug addiction and Madison Paige has insomnia and experiences nightmares.

Gameplay wise, you control characters using the right trigger to move them forward and using the left stick to change direction. Interaction is placed almost entirely on the right stick, using different movements for different actions. There’s also plenty of QTEs, that use a combination of stick movements, button presses and combinations of buttons.

Unlike Quantic Dream’s predecessor, Fahrenheit, Heavy Rain takes a while to get going. The game begins with Ethan Mars living a ‘normal life’, forcing the player to perform a bunch of routine chores, acting essentially as a tutorial for the control style. The first time I played it, I was blown away by the graphics and the level of interactivity, but in retrospect, the beginning is pretty damn boring up until the death of Ethan’s first son, Jason. After that though, the game quickly picks up the pace. What I also really like about Heavy Rain, is whilst I found both Fahrenheit and Beyond: Two Souls have a ridiculous and convoluted plot, in comparison, Heavy Rain keeps things fairly grounded and the plot is far stronger. Now, obviously, the story does get resolved and there’s a few twists, which not everyone is a fan of, but overall, I found the story decent from start to finish. I love that characters can live and die, depending on your actions and that the story will get resolved regardless. I can’t remember if there are game over screens or not (Beyond: Two Souls didn’t have them), but I like the branching story paths and the multiple endings.

In conclusion, Heavy Rain is a game that clearly is not for everyone. This is the game that was the catalyst for QTE heavy, gameplay-lite, ‘interactive movie’ games that have been criticised for only offering “the illusion of choice”. Despite the criticisms though, I feel it would be a shame to disregard Heavy Rain for the failures of future games that were influenced by the formula. It’s worth giving the game a go, because you may just find that you enjoy it as a thrilling mystery, with a brilliant plot and it’s still largely unlike any other game out there.Now it’s out on PS4 too, there’s no excuse not to give it a try if you’re an owner of that console, but didn’t own a PS3.