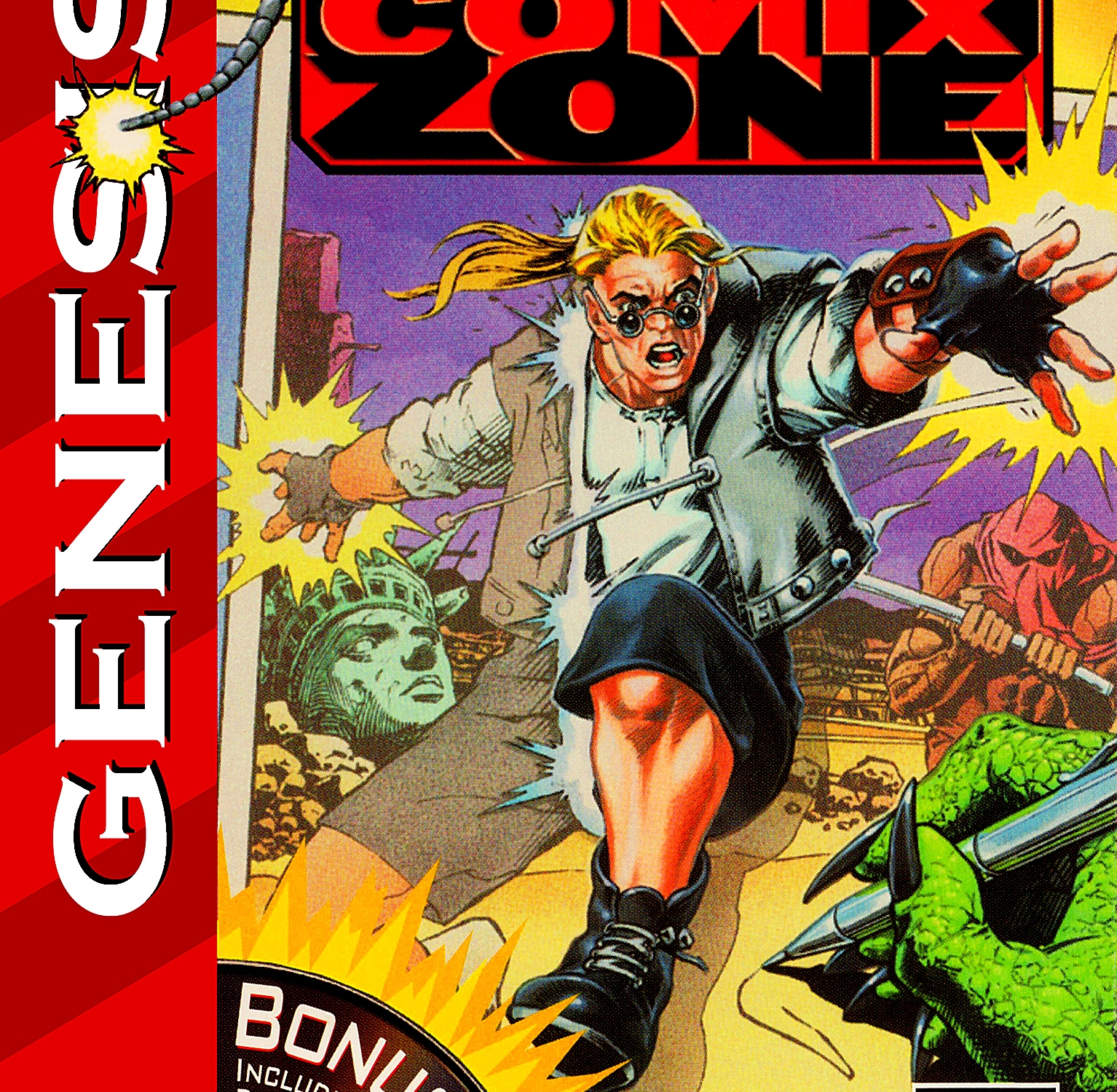 Stylistically, artistically, graphically, aesthetically and just all round in general, Comix Zone is possibly the coolest looking game I have ever played. I remember seeing the game back in 1995 and thinking it just looked so fucking badass. Hell, even the spin off comic series they did for a short while here in the UK as part of the ‘Sonic the Comic’ magazine series was awesome.

Comix Zone is a vibrant and colourful scrolling beat-em-up. Its unique selling point is this isn’t any ordinary beat-em-up game. Each level is actually made up of multiple panels from a comic book and as the main character, Sketch, you traverse through the panels and pages of a the comic book, fighting foes, finding secret paths and solving simple puzzles. It’s awesome stuff, even if the game is brutally hard.

Gameplay involves simple running, jumping, punching and kicking etc., as well as the option of picking up some items like knives and using special moves that involve pulling part of the comic book page out (e.g. there’s a move that removes part of the paper, Sketch makes a paper aeroplane and then throws it at enemies), but you have to use special moves sparingly as they actually reduces some of Sketch’s health bar. The same applies for when you kick items or objects like manhole covers, when taking different routes through the world. Needless to say, the game is tough as balls.

Despite the high difficulty level, the game is never cheap or unfair in my opinion. It could probably benefit from a checkpoint system, a save system and a few more lives (like we expect nowadays), but dying and having to start the game from scratch was pretty much the norm in the 16-bit era.

Overall, Comix Zone is one of the best games on the Mega Drive/Genesis. A lot of its charm is because of its rich, unique art direction and visual style, but there is plenty of substance to the game too. Like I said earlier, it’s not just a standard beat-em-up, as the developers did a lot to try and differentiate it from other games in the genre, providing some decent puzzle solving sections, alternative routes and cool special moves.