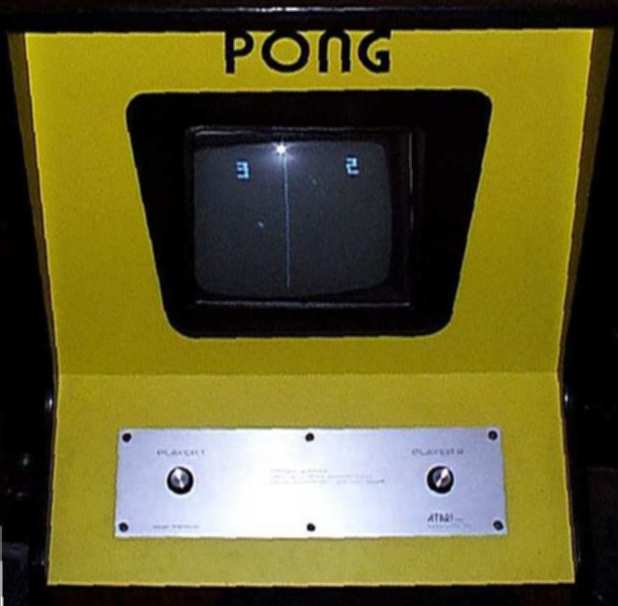 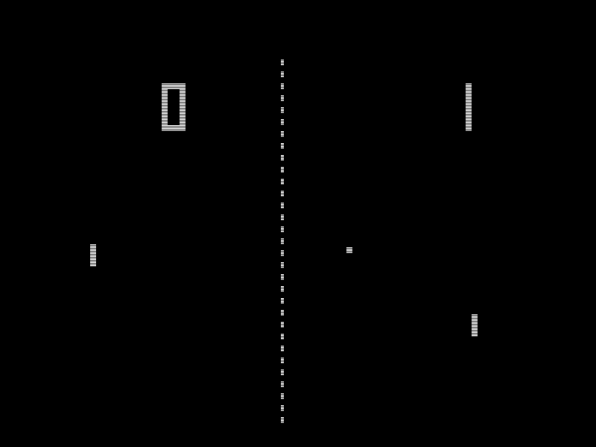 Pong might seem an odd choice, especially from someone who hadn’t even been born back in 1972, but there just any denying how ingenious the concept was back in the early 70s and the legacy it left on video games. It was one of the first commercially successful arcade machines and helped make the Arcade industry the huge juggernaut it went on to become (before crashing to an extent, but that’s business).

It was a great game though and very addictive. Simplicity is something that is now looked down on in video games, but some of the best video games of all time are the simplest (as seen by the popularity of some mobile titles on tablets and smartphones).

Pong is a 2D game that simulated table tennis. It’s easy to pick up and play for anyone. A ball bounces back and forth, horizontally (or diagonally) across the screen as each player moves their ‘paddle’ up and down to try and bounce the ball back at the other player. The ball goes back and forth until one player misses the ball and their opponent is then rewarded with a point. First person to 11 points wins.

In case you’re wondering, I have actually played on the very original 1972 Pong machine. Obviously, I had played various variations and clones of the game over the years, but I finally managed to play the original arcade machine last year at an event called GamesCom, which boasted that it was the ‘largest video games collection in Europe’ (although I suspect that’s just because the people who awarded it with that title had not seen my video games collection). The place had a ton of video games to play, across a huge variety of games consoles and also had many original arcade machines to play. Pong was great fun to play.