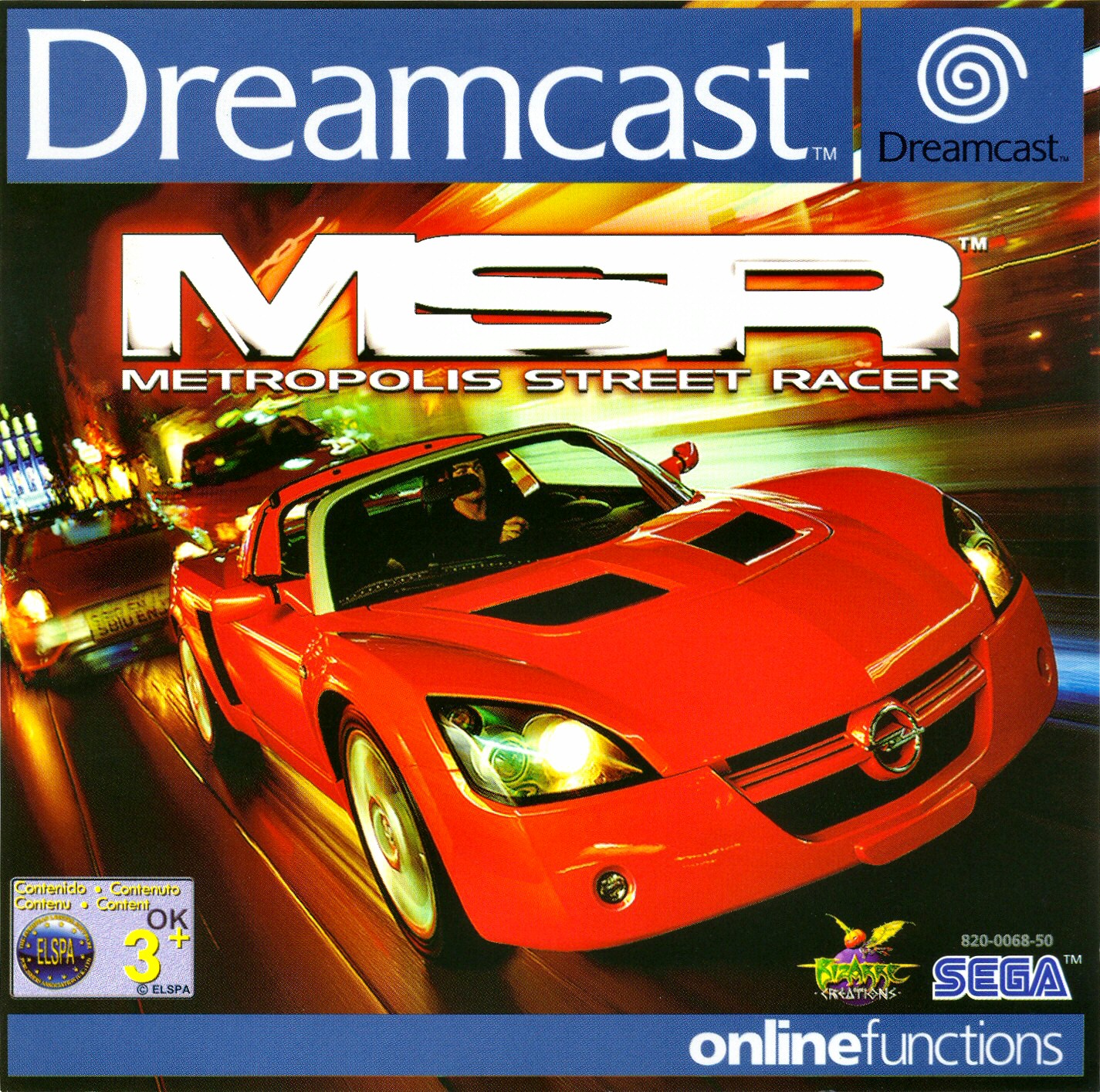 Back in the year 2000, I did enjoy driving/racing games, but I wasn’t a huge fan. Gran Turismo 2 did a lot to get me into them, but it was actually Bizarre Creation’s Metropolis Street Racer that made me fall in love with the genre.

As a precursor to the more successful Project Gotham Racing series, Metropolis Street Racer was an incredibly ambitious title and was the ‘Shenmue’ of its genre. It was originally planned as a launch title for the Dreamcast, but ultimately was not released until late 2000 (in Europe, that is. It launched in the US much later), due to the tremendous amount of work needed. MSR tried to recreate areas of London, Tokyo and San Francisco down to the smallest detail, with drop dead gorgeous graphics.

The driving was a lot of fun in MSR too. The game boasted that “it’s not how fast you drive, it’s how you drive fast”, supporting a ‘Kudos’ system that rewarded you for skillful driving. The difficulty of each challenge in the Championship mode could also be increased or decreased, giving the player the freedom to decide how to proceed and set their own challenges. The harder you made the challenge, the more you will be rewarded if you are successful. If you were not successful though, you would lose points. This made for an interesting gambling twist to the format.

There was quite a few bugs in Metropolis Street Racer, back in the day, that really held the game back. Nowadays, they’d just release patches to fix, but we didn’t have that luxury back in 2000. Like WWF No Mercy (although not quite as severe as saves corrupting), the initial batch of releases of Metropolis Street Racer had a bunch of near game-breaking glitches (multiplayer quick races didn’t work, the main championship mode could be beaten without gaining the necessary amount of kudos points). Fortunately, there was a second and even a third reprint that fixed many of the more severe bugs and the American release (which came much later) also had most of the bugs fixed.

As realistic and stunning as Metropolis Street Racer is, there is also some bizarre cheats and unlockables available. One of the weirdest unlockables is the relatively undocumented widescreen mode. It’s really quite awesome that this beautiful game includes a widescreen mode, but why in god’s name do you have to unlock it? You can also unlock a lawnmower (yay) and fully open versions of the maps, for free driving modes, so you can explore the beautiful environment.

Overall, Metropolis Street Racer is yet another example of how glorious and ahead of its time, the Dreamcast was. The graphics and attention to detail was nothing short of amazing back in 2000 and the gameplay handles like a dream. Racing through real life locations, with real-time weather and night and day effects was incredible fun.

Update: Damn, I can’t believe I forgot to even mention the ‘real time’ aspect of Metropolis Street Racer, in which the Dreamcast’s internal clock would affect the night and day effects in the game. E.g. If it’s 6:30am in the UK, if you play a London track, it will be 6:30am and the sun will be rising. But if you play a Tokyo track it would be 6:30pm. And a San Francisco track would be like midnight. The night and day effects were like real life too – it wasn’t just either one or the other. It transitioned in a realistic manner, gradually and dynamically altering between day and night. This was one of the coolest features.