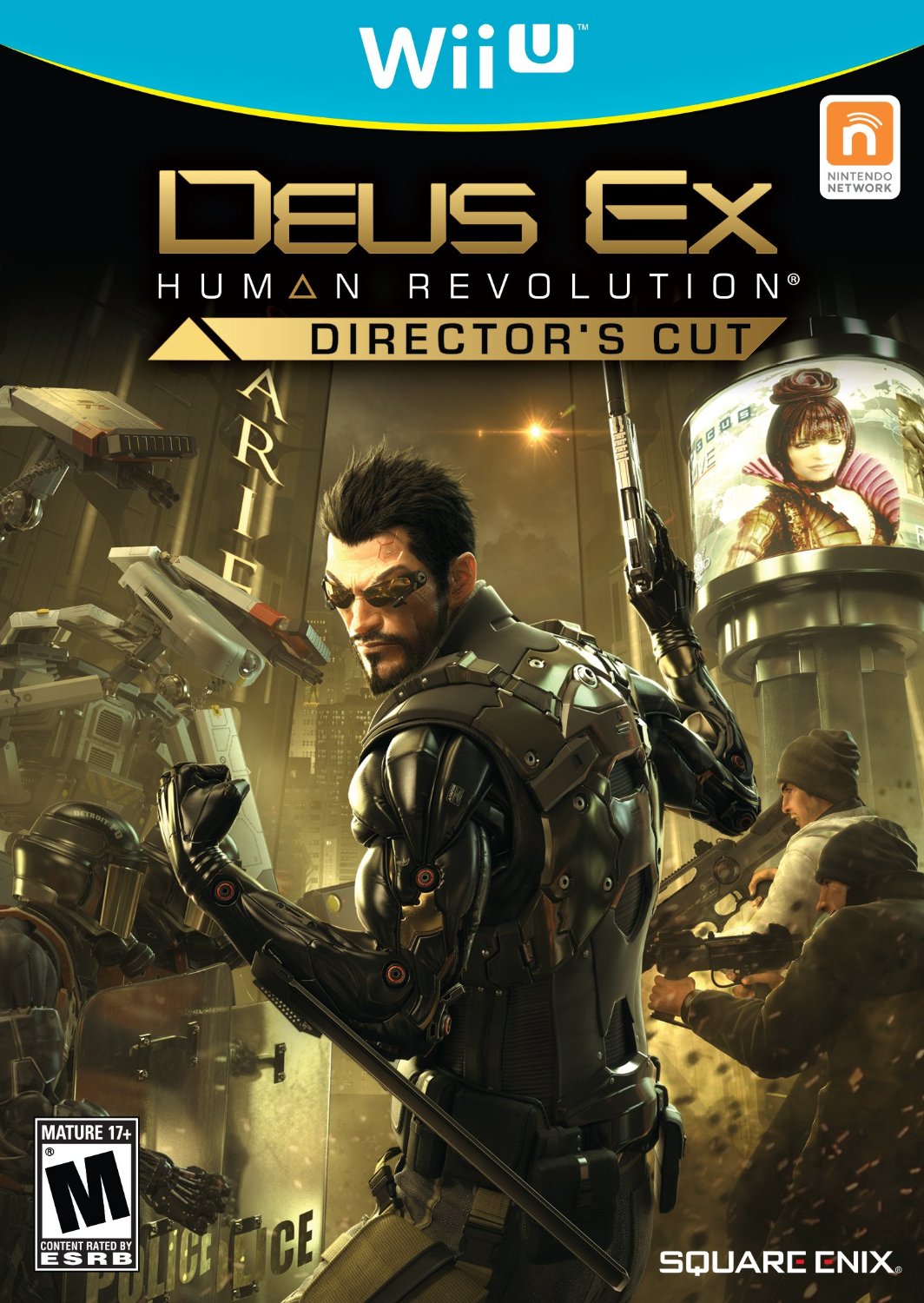 I was late to the party for the last generation. Despite being a big gamer in my youth, when the 360, PS3 and Wii were coming out, I was in my final year of college and was soon going to university. So, having little time and little money, I kinda skipped the generation until I finally bought a PS3 in… 2011, I think? Maybe 2012? It was after I had moved out of home (you know, properly. Not just to go doss at university for 3 years) and had a job. You might be wondering why this is important, but what I’m basically trying to explain, is why it took me all these years to complete Deus Ex Human Revolution. You see, I finally completed the game last week. The funny thing is Human Revolution is one of the games I bought with my PS3.

So, my experience with Human Revolution has been quite a bumpy one. I didn’t really know exactly what to expect from it (I had played the first Deus Ex a bit, but never owned or completed it and it was a long time ago). I knew it was an RPG/FPS type of game that allowed the player to decide how they wanted to play, which is true to a point, I guess.

The problem is, I found my experience a little jarring, at least at first. Take the beginning of the game, which acts almost like a tutorial, to teach you the game’s mechanics. Only you have no powers (or augmentations, as they are called) yet. No stealthy takedowns, nothing but a gun to fire. So naturally, you begin the game by shooting everyone in sight. What I did not know, is you are actually expected to sneak past all the enemies in this introduction, if you are planning to do a ‘pacifist’ playthrough (although ultimately it doesn’t really matter, unless you enjoy getting achievements). So naturally, I started killing everyone and then afterwards, in the first real mission, I’m introduced to augmentations (leveling up using experience points) and I am given a choice of how I want to play. This is fine, but the more you play, the more you realise you are really meant to go about the game in a stealthy manner. The developers obviously centre the game around the stealth mechanics and trying to avoid killing. For example, taking out enemies using non-lethal methods and using stealth acquires you with more experience points. So really, let’s be honest, the developers want you to use stealth and you don’t really have too much choice. Although, this is not necessarily a problem, because the game is fantastic regardless.

The emphasis on stealth becomes an even bigger problem when you encounter the first boss (and any of the bosses thereafter) though. You see, on my first and even second playthrough, I struggled with the first boss, because I had put all my experience points into stealth related augmentations, such as hacking and stealth cloaks etc. I had been taught not to kill and yet now after being told I don’t have to kill, that I can choose to be stealthy (or rather, pushed in that direction), now I’m being told that I have to kill. But what the hell? I’m seriously underpowered. This made the experience even more jarring and it was made all the more obvious what had happened as soon as I took to the internet to find out how I can get through these boss battles. The problem was, they were outsourced to a 3rd party to develop. No wonder they felt so weird and disjointed from the rest of the game.

Now, you’re probably why I am featuring this game and yet have done nothing but rant and moan about it. What I’m trying to explain though, is why it took me so long to get into the game and it’s a shame, because, as soon as it ‘clicked’ with me and I got over the initial hurdles (first boss battle, working out the best augmentations to start with), the game was incredible. In fact, it’s one of the best games I’ve played in ages and I can’t wait for the new one coming out in a few months.

Firstly, I have to recommend playing the Director’s Cut remaster, which reworked some of the boss battles making them much better, made a few alterations and included the DLC within the main game. I personally played the Wii U version, which made fantastic use of the gamepad. This time, the boss battles allowed alternative methods to take out the bosses and provided new areas. For example, the first boss I took out by hacking my through to some new rooms,  crawling through vents, repositioning some turret guns, punching through some walls and hacking a computer to make the turrets fire on the boss. This made the boss battles more enjoyable as they added more strategy to the mix.

Ultimately though, even if you play the original game, it’s still an incredible game, even with the odd sucky boss fight. What makes Human Revolution so interesting, is the story. Yeah, the protagonist you assume the role of, Adam Jensen, is just about the most wooden character ever, but he’s still a badass. The story is great though. It is a Cyberpunk themed conspiracy thriller, with a fantastic futurist Blade Runner vibe. The atmosphere is top notch. Adam is a security officer for cybernetic augmentation company Sarif Industries, with the plot revolving around Adam trying to find out who is targeting your company, after an attack on Sarif Industries, which left Adam injured (and hence why he gets roboticised and augmented) and claims the lives of many researchers, including his ex-girlfriend Megan Reed. Before the attack, Megan was basically on the verge of making a controversial breakthrough and as Jensen investigates the attack, he starts linking these things together and stumbles onto something big.

Throughout Human Revolution, everything is linked between hub worlds, such as Detroit and areas of China. These environments are really well crafted, coming across as dark, dingy and dangerous. These areas branch off into main missions, but also side missions (which are all very enjoyable, by the way and much more in depth than the usual fetch quests you see in games). Everything flows seamlessly. What’s cool is, the more augmentations you acquire, the more the world opens up, as you find new areas and alternative routes. For example, there’s the higher jump you can learn, there’s the ability to pick up larger items, the ability to become immune to electrified areas, the ability to fall from any height without harm etc.

On the Wii U, the gamepad becomes your map, as well as providing the option of changing weapons, moving your inventory around, upgrading augmentations and viewing mission briefs all on the fly. You also use it for hacking, which works at its absolute best in the Wii U version, because of the gamepad.

The only downside to the Director’s Cut, I feel, is the inclusion of the DLC within the main story. I didn’t really enjoy the mission, found it boring and frankly, whilst I get why they retconned all your augmentations and made you start from scratch (the DLC was originally completely separate from the main game), it just found the experience annoying and jarring. Yeah, you get everything back after the DLC finishes, but I wish there was just an option to skip it or have it as completely separate like it originally was. At least it only lasts 2 or 3 hours, but since it takes place near the end of the game, it breaks up the flow (imo) and I was ready to just finish the game.

Deus Ex: Human Revolution is a fantastic game. It’s marginally let down by the boss fights (but there’s only like 4), particularly the last one, which I could not work out what I was supposed to be doing, so I just shot a bunch of grenades from my grenade launcher and then it died (how anticlimactic is that? I spent ages running around doing random shit, when 4 or 5 hits with my grenade launcher just killed it), but overall, that definitely shouldn’t put you off. At least two of the boss fights are made vastly superior in the Director’s Cut and the rest of the game is really engaging and fun to play.